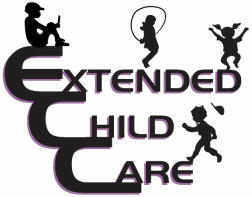 Nathan Murray, Program Director
Nathan joined ECC in May 2018. He brings with him three teaching credentials with specialties in Montessori Philosophy and Physical Education. Prior to joining ECC, Nathan worked for thirteen years as a Middle School and Public Montessori teacher in Marin County. In addition to mentoring school age youth around the Bay Area and beyond, he’s worked in the film industry and was also a part-time Communications & Media Studies Instructor for Sonoma State University. Nathan believes in maintaining a sense of humor and a positive attitude in his administrative role to support teachers and students. He has a B.A. in Film Studies and Coaching Certification from UCSB and a Multiple Subject Teaching Credential from Sonoma State University. He lives in Santa Rosa with his lovely wife and two young children.

Colleen Zanoline, Bookkeeper / Human Resources
Colleen is responsible for agency bookkeeping and human relations. She has worked as Bookkeeper since 2008 and came to Extended Child Care with vast experience in non-profit bookkeeping. Colleen enjoys her time with family and friends and has a great passion for animals. In her spare time she enjoys a number of activities which include gardening and walking.

Laura Wasson, Assistant Program Director
Laura has been with the agency since the summer of 2007, and transitioned into the Assistant Program Director role in the summer of 2019. She attended ECC at San Miguel when she was a child. Laura graduated from SRJC in 2014 with two Associate Degrees; Child Development and Social & Behavioral Sciences. Laura graduating from Sonoma State University in the fall of 2016 with a BA in Human Development.

Doris Shawk, Administrative Assistant for Billing & Collections
Doris started working for ECC in 2000 while her child was enrolled at our R L Stevens ECC program. Doris manages the billing department, preparing the monthly billing statements and collecting payments. She coordinates with parents in making payment arrangements if needed, and works closely with our Alternative Payment Programs in obtaining and maintaining their contracts. In her spare time Doris enjoys being with her friends and family, and enjoys hiking and other outdoor activities.

Aida Rodriguez, Agency Secretary
Aida joined ECC in 2021. She is multilingual and loves to travel. Aida graduated high school in Marin County and now lives in Santa Rosa with her family. During her spare time, she enjoys outdoor activities such as camping and hiking. Aida likes to stay local in Northern California for the camping trips and anything outdoors from kids activities, concerts, to finding a quiet spot to read.

Liliana Sanchez, Bilingual Case Manager
Liliana started at ECC in 2021. She manages ECC’s subsidized program. Liliana is a First Generation Latinx Oakland native and has lived in Sonoma County since 2012. She graduated from Sonoma State University with a BA in Human Development and Family studies in 2017. After graduating she served a year of service for AmeriCorps at Santa Rosa City Hall, and embarked her career path in various non-profits. Her professional experiences range from tutoring migrant ESL students, assisting Santa Rosa community groups, enrolling, to connecting preschool families with resources. She is passionate about advocating for the underrepresented community as they resonate with her life experiences. Liliana enjoys eating new foods and traveling with her family.

Jason Riggs, Executive Director
Jason has been the Executive Director since 2015, and has over 20 years of experience in K-12 and nonprofit administration, child and youth development, service learning and community engagement. Prior to joining ECC, Jason was the Region 1 Lead for after school programs at the Mendocino County Office of Education supporting Local Education Agencies (LEA's) and programs in Sonoma, Lake, Mendocino, Humboldt and Del Norte counties . His prior experience also includes administration of after school programs for the Oakland and San Francisco Unified School Districts. Jason deeply believes that Out-of-School Time (OST) Programs (before school, after school and summer learning) are a vital part of the education ands support ecosystem, preparing children and youth for college, career, and community success. Jason is passionate about leadership, creativity and innovation, and is deeply committed to ECC’s mission and core values. An effective collaborator, Jason has served as co-chair to the Child Care Planning Council of Sonoma County and co-chair of the California Afterschool Network. He has a proven track record for developing long lasting partnerships between government, school districts, community partners and families that create high quality, equitable cradle to career support systems that address the needs of the whole child and the whole community.

The Center Directors
Lisa Pound, Brooks ECC
Lisa has been with Extended Child Care since 1996. Her past experience includes being a Kindergarten teacher and a preschool teacher with Head Start. Lisa holds an Early Childhood Education Certificate.

Genevieve McDowell, Cali Calmecac ECC
Gen has been with the agency since 1997. She earned an Associate's degree from Santa Rosa Junior College, and is continuing her education working towards a Child Development Site Supervisor Permit issued by California Teacher Credentialing.

J.X. Wilson ECC
ECC is currently hiring for the position.

Rachel Coburn, Mark West ECC
Rachel has been with Extended Child Care since 2010. In addition to working at ECC, Rachel has worked with children as a swim instructor, lifeguard, and as the Safari West Junior Keeper Coordinator. She attended Santa Rosa Junior College where she received her AA in Anthropology. From there she transferred to Sonoma State where she received her BA in Anthropology and went through the Multiple Subjects Teaching Program. Rachel loves working with children and hopes to inspire in them a love for the world around them.

Lena Sedlik, Mattie Washburn ECC
Lena grew up in Portland, Oregon before moving back to California to be closer to her family. She has an AA in Behavioral and Social Sciences. She transferred to SSU where she earned a BA in Early Childhood Studies with a concentration in Development. She has experience working with children of all ages from toddlers to teens.

Michelle Dominguez, RL Stevens ECC
Michelle has served several roles with ECC including parent, Assistant Center Director, Board Member and became the Center Director at RL Stevens in the spring of 2019. In addition to her experience with ECC, Michelle has also served as the Administrative Manager at the Children’s Counseling Clinic for the Child Parent Institute. Michelle resides in Sonoma County with her son.

Marlee Patereau, Riebli ECC
Marlee has worked for ECC since 2001.  She has worked with children as a preschool teacher and in after school programs for over 20 years.  She is currently completing the classes to obtain her Site Supervisor permit through California Teacher Credentialing.   Marlee’s compassion for children and families in need and her work on their behalf is well-known and widely respected in the community.
​
Sonja Kaluahine, San Miguel ECC
Sonja began her career at Extended Child Care in 1999 as a volunteer. She fell in love with the job, the agency and most of all the children. She attended classes at Santa Rosa Junior College and completed additional training. As a director, her goals are to promote learning, social, and life skills among the children, while supporting the staff and families.

Valerie Ghilarducci, Wright ECC
Val has been with Extended Child Care since 2006. Prior to coming to ECC, she was a preschool teacher at Santa Rosa Junior College and at centers in Cotati and Healdsburg. Valerie has completed her education for her Site Supervisor permit through California Teacher Credentialing. As a young mother herself, Valerie recognizes the importance of instilling a love of reading, physical activity, and laughter into the lives of the children.